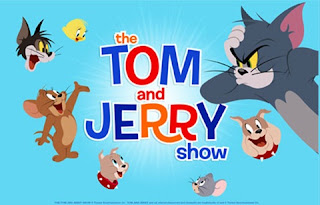 Tom and Jerry are back. The animated cat-and-mouse duo known for their cartoon violence star in half-hour episodes that are split into two segments. Much of the plot — what there is of it — is familiar to people who have enjoyed Tom and Jerry since their earliest short films in the 1940s: Tom (he’s the cat) tries to harm the little mouse, Jerry. It’s not all the same, however, as the series leaves its familiar suburban setting at times to head to more fantastic worlds that include a witch’s cabin and a mad scientist’s lab.