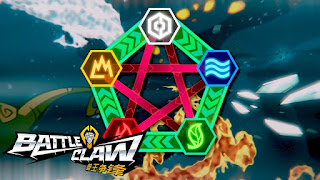 Synopsis: An epic series about BattleClaw, the most popular beast-fighting game in the world! Young hero Tyee and his new teammates create powerful beasts–not only to fight in BattleClaw competition but also to save the world from an ancient evil.